Sir,
CASE OF CONSPIRACY AND MURDER OF UKOHA UKOHA (A.K.A IHECHINYERE – DANGREEN) MALE, AGED 26 OF NDI EZERE COMPOUND, ASAGA OHAFIA, ABIA STATE BY THE FOLLOWING PERSONS: 1. ANYA OKORIE, 2. IBE OKPO KALU, 3. JOSEPH EMEA OKPA, 4. AWA KALU AGBAEZE, 5. SUNDAY UKA ALIAS AGBA, 6. EMEKA KALU, 7. OKEY UKAHA, 8. TORTI KALU NDUKWE, 9. EJITURU AGWU OKORIE, 10. EMELE AGWU, 11. NNAMDI UCHENDU ALIAS LUCIFER-OWELLE AND OTHERS; PLEAD FOR DISCREET AND UNBIASE INVESTIGATION BY THE FORCE CID, ABUJA.
Sir, I am writing with tears and grief over the criminal and gruesome murder of my late cousin Ukoha Ukoha alias Ihechinyere – Dangreen and the intimidation and biased investigation of the Abia State Police command in the investigation of my earlier petition which I wrote 12th of April, 2021 to the office of the Assistant Inspector General of Police, Zone 9, Umuahia which was referred to the Abia State Police command on the 15th of April, 2021 and subsequently referred to the Abia State Criminal Investigation Department (SCID) for investigation.

The above mentioned persons acting as the executives of Asaga Ohafia youth Association, Home branch, conspired and murdered my late cousin Ukoha Ukoha alais Ihechinyere-Dangreen on the 24th day July, 2020 and dumped his corpse in the forest on an allegation that my late cousin was involved in robbery some five (5) years ago in Umuahia, Abia state, which is not even within our community or Local government Area. In as much as I am not in support of my late cousin or anybody getting involved in robbery or any crime, I am against the unlawful way and manner the above mentioned persons conspired and murdered my late cousin and after which they threw the corpse of my cousin in the forest after murdering him.

It all happened that the above mentioned persons acting on the instruction and order of the Ezieogo Asaga, Ezieogo Emmanuel Kalu Kalu Onugu, accosted my late cousin while he was walking along Prof. Kalu Ezera Road, in Asaga and started beating him with all manner of dangerous weapons and inflicting serious injuries to him towit: he became unconscious, at which stage, they above mentioned persons decided amongst themselves to take him to Abiriba Police station. When they got to Abiriba police station, the police on duty that fateful night seeing how seriously he was beaten and unconscious, refused to accept my late cousin into their custody, but directed the asaga youth executives that brought him to the station to take him to hospital for treatment, after which to return him back to them when he might have recovered.
On their way back from Abiriba Police station to Ohafia, my late cousin died on their way back. When they noticed that my late cousin has died, they decided and agreed amongst themselves to undress my late cousin and dump his corpse into the forest and agreed amongst themselves that they will tell the mother of my late cousin and anybody that asked them of his way about that he had ran away from them.
When they returned back to our community (Asaga Ohafia) Ibe Okpo Kalu and Anya Okorie Onugu went to the house of my late cousin and informed the mother that her son ran away from them on their way back from the police station, which was what they had initially agreed amongst themselves to tell anybody that asked about his way about, that he ran away from them. 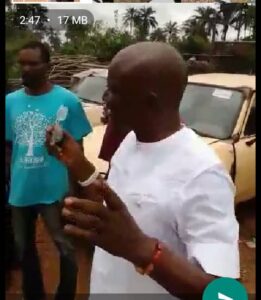 The mother of Ukoha Ukoha and other family members have always believed that their son, brother actually ran away from the youth executives as they lied to them, until early this year April, 2021 when one of the Okada persons that was hired by Anya Okorie and Ibe Okpo Kalu who were the youth leader and assistant youth leader respectively at that time came to the family members and told them that the spirit of the dead boy have always been coming to him to disturb him telling him to go and tell his family members what actually happened to him on that fateful day, hence his coming to tell them. 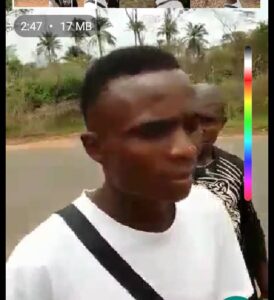