About five months ago, stakeholders in the Abia State Polytechnic, Aba, converged on the school for an education summit. 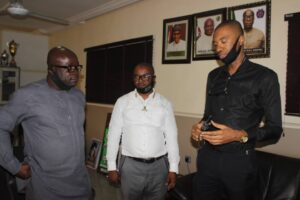 Delegates at the summit which was held at the behest of the Abia State Governor, Okezie Ikpeazu, brainstormed on the numerous challenges facing the school and at the end, came with workable solutions. These solutions if implemented religiously, would certainly return the institution to the path of development. 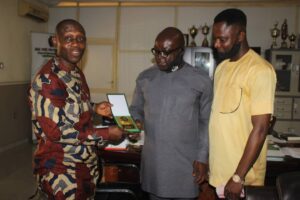 It can be said that the management, staff and students of the school are already reaping the benefits of the summit. Most of the departments which had remained inactive are gradually coming back to life. 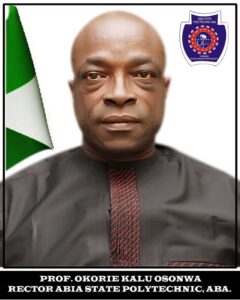 For instance, the department of Food Science Technology has once again opened its doors as it has commenced the baking of bread and other confectionaries.

Recently, the Electrical/Electronics Engineering department of the school produced an energy saving bulb known as Enyimba bulb. The same department has achieved another feat. This time, the department through its National Diploma students, produced a “short range radio messaging” device. 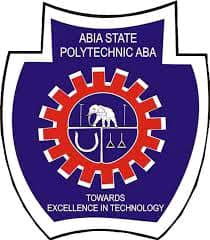 The prototype communication gadget, is a product of an extensive research that started more than one year ago by the Acting Head of Department, Engineer Kelechi Inyama.

When our crew stormed the school, www.newsmirrorng.com gathered that most of the materials used in the production of the gadget were sourced locally while the rest were purchased from the market.

Handing over the communication gadgets to the Rector of the institution, Dr. Okorie Kalu Osonwa, Engineer Inyama expressed confidence in the ability of the students to acquire the necessary skills in their chosen field required for national development. The Rector who was highly elated, promised to continue to support and encourage the department and its students to enable them to produce more of such devices.

Speaking further on the gadgets, a lecturer in the department, Stephen Offor, said the radio messaging device consist of channels and frequency and it covers a distance of two kilometers. According to him “Once you are connected to any of the channels, you can communicate with anyone within the school premises”.

Mr. Offor thanked the Rector for his support to the department adding that the biggest challenge facing the Electrical/Electronics Engineering department is inadequate funding. If funds are available, the department would acquire more equipment while the lecturers on their part would embark on extensive research that would result in the production of more gadgets.
(C) www.newsmirrorng.com

Why We May Resume Strike — ASUU