President Muhammadu Buhari finally summoned the prudence during the past week to end the inglorious tenure of the military service chiefs under whom Nigeria regressed in security. The new heads of the Army, Navy and Airforce, and defence coordination come two years to the end of the PMB era with a full basket of tasks. Nigeria is impatient to see them strike a blow for positivity. 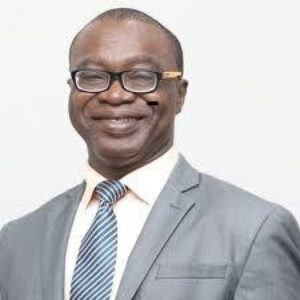 In-office is Gen Leo Irabor as the new Chief of Defence staff, Gen. I. Attahiru as the Chief of Army Staff and Air Vice-Marshal Lawal Shittu Amao as Chief of Air Staff, while Rear Admiral A.Z. Gambo heads our seamen as the Chief of Naval Staff.
The appointments have come at a most appropriate time, given the increasing insecurity in almost all parts of Nigeria.

The service chiefs have a clear mandate: eliminate the sources of insecurity in Nigeria and restore peace in the land. The evidence is that it is a tall task. Human resource experts speak of past performance as a predictor of potential. By that reckoning, the scale weighs heavily against the new chiefs, sadly.
The most significant and prominent sources of friction and insecurity are Boko Haram’s activities and its outgrowths, the armed bandits, and armed from across West Africa that visit despoilation and violence on farms and homesteads in all parts of Nigeria. We charge the service chiefs to observe their oath to defend the fatherland in neutrality and courage.
Irabor and his team face the unenviable task of restoring confidence in the Nigerian Military. It is more challenging because citizens have lost faith in the structure that oversees the Military. The myopia of the Presidency confuses all the arms of government.
Yet, Nigeria depends on the Military for significant work in managing the internal security threats against the country.

The Public Sphere and its followers call on the service chiefs to be apolitical. They should look up examples from across the world where the Military observed political neutrality yet stood ready to defend their constitutional obligations to their country. Nigeria deserves no less.

The service chiefs must also note the uneven treatment of groups deemed to have threatened the land’s peace. We refer to the indiscriminate and biased military attacks on civilians in the South East, from Orlu only recently through Obigbo, Emene, Onitsha and Aba. It differs with other groups and sends the message, wilful or unintended, of deliberate discrimination. The Military must engage better with the governments, civil society, and peoples of the South East and treat them fairly as they treat other regions of the country.

The brutalisation of civilians in the South East and South-South paints a gloomy picture of the Nigerian Military as unprofessional. Why would the Nigerian Army regress to street fights?
A crucial question and litmus test is Will the new service chiefs stop lopsided security interventions and restore peace?

Nigeria deserves a professional military. Our Military held a high-ranking n Africa. They must earn it back. Several areas require work.
As Irabor and his team would know, the Military has contributed so much to civilisation in several areas. Foremost among these are intelligence, military science, (defence) economics, strategy, and management.

The literature on strategy, as well as management, draws heavily from the military and war studies.
My call to these men is to seek to contribute to best practices in managing internal security, the role of the Military in a democracy, the containment of insurrection and military-civilian relationships. Nigeria spends fortunes, sending soldiers to the best institutions across the world. Irabor should lead his men to a new era of the military shining brightly as polished metals. Otherwise, what is the point of certificates military men parade in their resumes against the public perception of their conduct and capabilities?

Much drama attended the entry of the new helmsmen.

The political head, General Muhammadu Buhari, kicked it off with a statement that praised the departing team led by General Burutai for their “overwhelming achievements”. He then contradicted himself directly in charging their replacements to make Nigeria safer. There must be a limit to the doublespeak of politics. Buratai and his men failed woefully with the result of growing confidence in the ranks of Nigeria’s enemies such as Boko Haram and herdsmen and insecurity in the land.

The respected immediate past president of Igbo socio-cultural group Ohanaeze Ndigbo curiously then sang from the same hymnal as his bete noire the Indigenous People of Biafra (IPOB).

Chief John Nnia Nwodo’s hasty remarks on the appointment decried the non-appointment of an Igbo instead of someone from the South-East geopolitical zone. His statement and attempts by IPOB to diminish the new Chief of Defence Staff have ignited and sustained a debate on the fundaments of Igbo identity and the continued mistreatment of the South East by the Buhari presidency.
Enlightened citizens of the South East and Ndigbo must decry the low-level demonisation of General Leo Irabor, Chief of Defence Staff. The comments have included outright and deliberate falsehoods about his religion, marriage, and other private matters. They have been lacking in diplomacy or finesse and are shameful.

The South-East should not kick legs instead of the ball as it calls for equity, fairness, and justice. Eyes on the ball as we demand better from the Military and the political establishment.