3 students of Greenfield University abducted and killed by bandits, identified

Three students of the Greenfield University in Kaduna State who were abducted by bandits suspected to be kidnappers have been killed by their abductors, 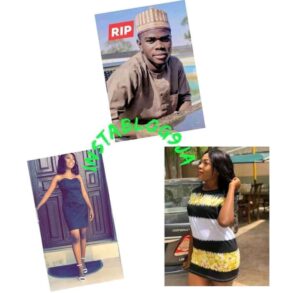 They have been identified as Dorathy Tirnom Yohanna, Precious Nwakacha and Sadiq Muazu.

The students were among those that were abducted by bandits from the private university located along the Kaduna-Abuja highway on Tuesday night, April, 20, 2021.

Their remains were found on Friday, April 23, in Kwanan Bature village, a location close to the university and have been evacuated to a mortuary.

The armed bandits on Tuesday night kidnapped an unspecified number of students at the institution.

Eyewitnesses had said the gunmen stormed the university and started shooting sporadically, before taking some of the students away.

The locals said that the university with about forty students population does not have enough security on the ground, despite being located in one of the epicenters of kidnapping, a situation which they believe made it easier for the bandits to gain easy access into the institution.