Socio- Economic Rights & Accountability Project SERAP had disclosed that not fewer than 22 states in the country are currently paying pensions and other allowances to their former Governors and Deputy Governors. 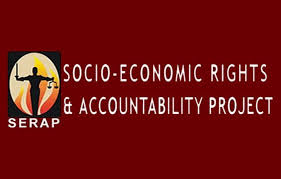 Recall that Lagos State Government has initiated a bill to scrap out the payment of Pensions and allowances to their ex Governors and ex Deputy Governors.

I am ready to die with her, says killer of female job seeker