About 17 governorship candidates of the Peoples Democratic Party met with the Rivers State Governor, Nyesom Wike, behind closed doors on Tuesday. 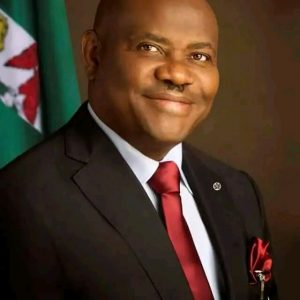 The candidates were said to have arrived Port Harcourt at about 8pm and immediately went into the meeting with their host.

A source from Government House, Port Harcourt, said the governorship hopefuls from Katsina, Sokoto, Jigawa, Kaduna, and 13 other states met with Wike at his private residence in Rumueprikon, Obio-Akpor Local Government Area.

Though what was discussed in the meeting was not disclosed, there were indications that it could be linked to the 2023 elections and the party’s chances in view of the current crisis rocking it.

The source, who pleaded anonymity, said the candidates were pleading with Wike to support the Presidential Candidate of the PDP, Atiku Abubakar, his running mate, Dr. Ifeanyi Okowa, as well as the party’s National Chairman, Senator Iyorchia Ayu.

He said they literally begged Governor Wike to forgive Atiku and also to throw his weight behind other PDP leaders that may have offended him one way or the other.

The meeting was said to have lasted for over two hours.

The Rivers State Governor had been angry since the presidential primary of the PDP which produced Atiku as the party’s candidate.

Since then, several top politicians across various parties have continued to visit Wike to seek his support.