Ukwa La Ngwa Elders’ Council Passes Vote Of Implicit Confidence In Governor Ikpeazu And Demands For Justice And Equity In 2023:

A remarkable phenomenon about the Communique is that it was endorsed by all the major Political parties.

(1) That the People of Ukwa La Ngwa are, by every measure, proud of the uncommon achievements of their Son and State Governor, Okezie Ikpeazu, Ph.D, whose performances since he emerged as Governor in 2015, despite many attempts that were made to distract him from governance through a multiplicity of litigations against him at various Election Tribunals, stand Unequalled since the creation of Abia State,
(2) That the People of Ukwa La Ngwa are and will remain solidly behind the Governor and will always give maximum support for the continuous success of his Administration,
(3) That the People of Ukwa La Ngwa remain conscious of the indisputable fact and truth that Abia State is basically made up of two different geo-political zones, Old Aba Division and Old Bende Division,
(4) That the good people of Ukwa La Ngwa, in pursuit of Justice, Equity and Fairness, knowing that the People of Old Bende have governed the State for an unbroken Sixteen Years, 1999 to 2015, unequivocally demand and insist that they will also Govern for Sixteen Consecutive Years, that is from 2015 to 2031,
(5) That, by virtue of Justice, Equity and Fairness, the People of Ukwa La Ngwa will collectively and ceaselessly work for the democratic enthronement of Abia State Governor of Ukwa La Ngwa Extraction, from any of the Three Ukwa La Ngwa Local Government Areas of Isialangwa-North, Isialangwa-South and Osisioma, otherwise known as Umunne Ato Ngwa in Abia Central Senatorial District, in 2023,
(6) That No Ukwa La Ngwa Son, Daughter or Wife will dare accept the position of a Governorship Running-Mate in any Political Party for 2023 election,
(7) That all Politicians in Ukwa La Ngwa Should endeavour to make sure that whatever Political Party they belong to zones its Governorship Ticket to Umunne Ato Ngwa in Abia Central Senatorial District,
(8) That the Meeting(s) of Ukwa La Ngwa, being purely a Socio-Cultural Organization, will remain non-partisan as it accommodates all groups and shades of opinion in Ukwa La Ngwa, irrespective of political affiliations. 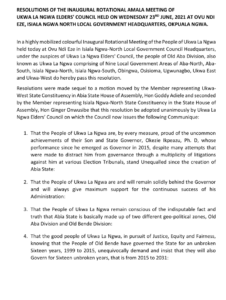 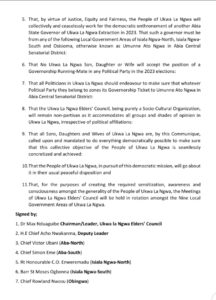 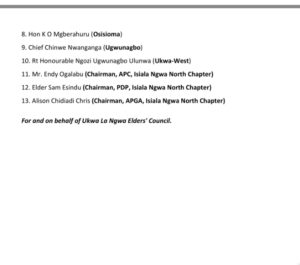 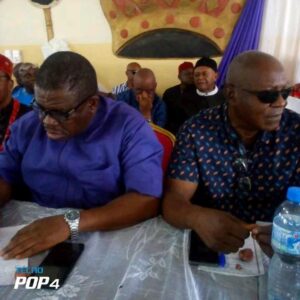 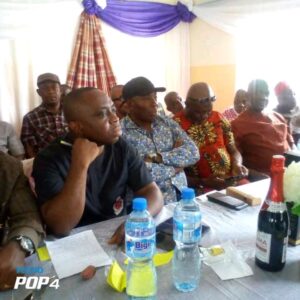 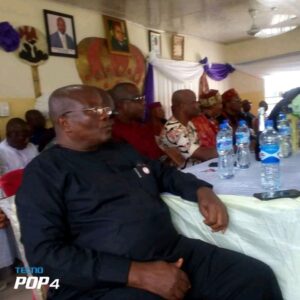 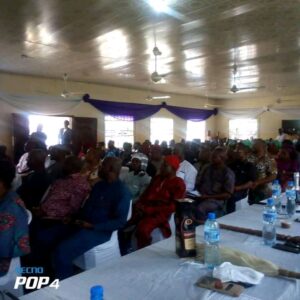 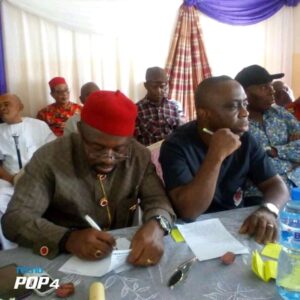