Ahead of the 2023 presidential elections, a foremost support group that has been clamouring for Asiwaju Bola Ahmed Tinubu’s presidency since 2019, the Bola Ahmed Tinubu Grassroots Volunteers ( B.A.T – G.V), is set to host her first regional youth and women summit in Lagos State, on Saturday, November 20, 2021, with the theme, ‘2023: From Next Level to Optimum Level: Triumphing in Challenging Times As progressives, The Leadership Mindset Asiwaju Bola Ahmed Tinubu And Its Benefits to The Youth And Women’. 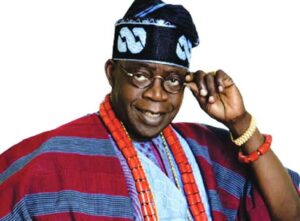 In a media parley on Sunday, the National Coordinator of the group, Hon. Engr. Dozie Nwankodu, stated that the aim of the summit is to educate the youth and women on the immeasurable transformative leadership characteristics of Asiwaju Bola Ahmed Tinubu that have impacted on the lives of many Nigerians across ethno-religious divide, and why every youth and all women in the southern region should quest and support him to contest for the 2023 Presidential electtions, especially at the present challenges in our country’s chequered history.

” Over the years, the Nigerian youth and women are at the receiving end of all the problems bedeveling us a people and a country. What we need today, in consideration of the present predicament in Nigeria is a leaders with a large heart; crises manager that would douse the present multiple tensions across ethno-religious lines and grow our national economy while creating opportunities for the youth and women; someone who has verifiable leadership track records with cohesive polity capable of securing effectively the interest of all Nigerians. We know it’s only Asiwaju Bola Ahmed Tinubu that represents all of the above, Dozie Nwankodu stated.

He further maintained that the problem of Nigeria was never an age issue as being taunted by some people, but on the mindset of the leaders.

While stressing on the summit, Hon. Nwankodu said that the Lagos State Governor, Babajide Sanwo Olu would be the Chief Host, while the Speaker, Lagos State House of Assembly, Rt. Hon. Modashiru Obasa would be the Key Note Speaker, with the topic: ‘2023: Tinubu As a Progressive: Nigeria’s Future And The Youth and Women As Beneficiaries’.

Other dignitaries at the event would include Obas, Chiefs, Imams captains of industries, reputable politicians, and various APC and Tinubu 2023 support group leaders.

According to the report, the high point of the event would be the adoption of Chief Bisi Akande, the first interim chairman of the APC, as the National Patron of the group, in recognition of his unflinching commitment to democracy and good governance in Nigeria.

Nwankodu maintained that B.A.T – G.V was the first support group for the actualisation of Tinubu’s Presidency come 2023, having been formed in the first quarter of 2019. He also said that the group has over 3million membership and spreads across the 36 states and the FCT.