Contrary to the preposterous claims of Chief Uche Ogah, the APC’s governorship candidate for Abia State, is Hon Emeka Atuma who emerged by virtue of Abia State High Court, Umuahia judgment of Thursday, May 26, 2022, delivered by Justice O. A Chijioke. 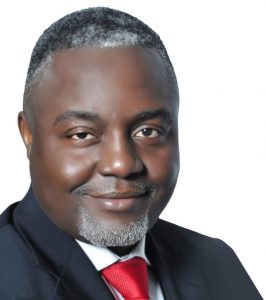 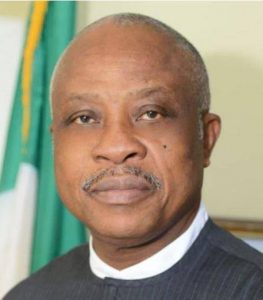 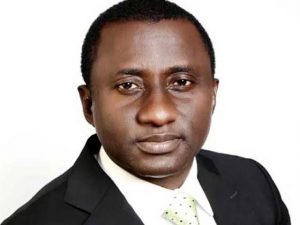 It is childish for Uche Ogah to lay claims to Abia APC’s governorship ticket in a fathom primary election he conducted outside the provisions of APC’ s guidelines and not observed by the partys’ Governorship Primary Election Committee. Let the former Minister of State for Mines and Steel Development proffer the names of the Committee who monitored his primary election.

Rather than continue dissipating the goodwill of the APC, Chief Ogah should rally round Hon Emeka Atuma who remains the valid APC flagbearer for Abia state pending the reversal of the judgment via an appeal to a higher court.

Though at the end of the governorship primary election conducted by the party, Chief Ikechi Emenike polled a total of 672 votes to the 150 polled by Hon Emeka Atuma, the court judgement voided Chief Emenike’s votes automatically awarding the governorship ticket to Hon Atuma

It will be recalled that the trio of Chinedum Nnoke, Ndem Chukwu and Lucky Agwu Uduma had dragged Chief Emenike, APC and its former National Caretataker chairman, Governor Mai Mala Buni before the court seeking the enforcement of the suspension placed on Emenike by the party.

Justice Chijioke ruling on the matter held that since Chief Emenike’s suspension is in conformity with the provisions and requirements of Article 21 of the 2024 APC constitution (as amended), his rights and privileges are equally suspended.

The judge further ordered that by virtue if his suspension, he cannot participate in whatever form in the activities of APC including its scheduled ward, LGA, State and National congresses, “…the APC is hereby restrained from recognising and dealing with him while his suspension subsists”, the court ruled.

Interestingly, the former Minister of State for Mines and Steel Development, Dr. Uche Ogah and his allies, including Prince Paul Ikonne and Obinna Oriaku after staging a walkout of the primary election held by Chief Kingsley Ononogbu are now claiming to have conducted their own primary election which produced him as APC’s guber flagbearer for Abia State

It is an undisputed fact that Chief Kingsley Ononogbu is the Chairman of Abia state chapter of the APC duly recognised by the APC National Secretariat, and he held the governorship primary election at Chidiebere’s Park, Umuahia.

It was in the middle of the exercise that Ogah walked in with Ikonne and Oriaku. Ogah claimed that exercise was scheduled as a direct primary, but he showed no document to prove his claims.

Findings show that what APC guidelines recommended for Abia is indirect primary, and the Governorship Primary Election Committee came with the list of delegates from the National Secretariat.

Going by APC’s Constitution and the electoral guidelines, Hon Emeka Atuma automatically emerged as APC’s Governorship ticket for Abia State being the runner up to the first placed candidate now disqualified.