There are feelers that stakeholders in the North, on Monday, opted for Former Borno State governor, Senator Kashim Shettima , as running mate to the standard bearer of the governing All Progressives Congress (APC), Bola Tinubu. 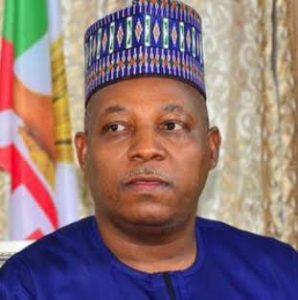 A source told Daily Independent that stakeholders in the region believes that the former Borno State governor is a better option than the former Speaker of the House of Representatives, Hon. Yakubu Dogara and the Kaduna State Governor, Nasir El-Rufai, who were reportedly in the race.

Speaking under condition of anonymity because he was not authorized to talk to the media, the National Working Committee (NWC) member said that “after careful consideration we settled for Senator Shettima. He will give us the votes we need.”

Confirming the report, Dr Garus Gololo, an APC Chieftain commended the choice of Shettima as Tinubu’s running mate, adding that “the decision of the NWC will help the party to win the north.”

“This development means that before 12pm on election day, the APC will defeat Atiku and other opposition candidates, hands down. It’s a clear sign that we will win the 2023 elections. Nothing will stop us, Isha Allah,” he maintained.