As countdown to the 2023 general elections continue, members of the National Union of Road Transport Workers (NURTW) Abia State Chapter led by Comrade Eugene Eze Job have endorsed the governorship candidate of the people’s democratic party in Abia State, Professor Uche Ikonne as their sole gubernatorial candidate for 2023 elections. 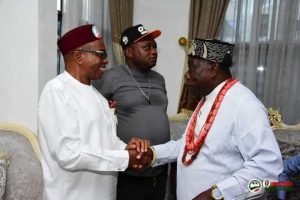 In his address, the chairman of NURTW, Comrade Eugene Eze Job noted that their decision to support Professor Ikonne is premised on his antecedents and character, and referred to him as an embodiment of good leadership.

Comrade Eugene stated that their members, having enjoyed the prevailing peace and good working relationship in the state, which according to him has made it easier for their transport businesses to thrive, are determined to ensure the sustainability of same beyond the current administration led by Governor Okezie Ikpeazu. 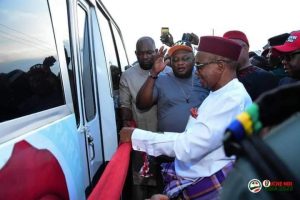 He said its part of their commitment to ensure that Professor Ikonne emerge Governor come 2023. They presented branded campaign Coater Buses which they invited Professor Ikonne for commissioning.

Also speaking, Rt. Hon. Uzo Azubuike thanked the leadership and members of the union for their zealousness in craving work opportunities to themselves and appealed to them to make available their PVCs in voting for Prof Ikonne and other PDP candidates as the election period draws near. 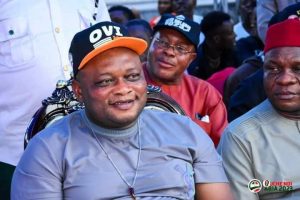 Addressing members of NURTW, the Gubernatorial candidate of the People’s Democratic Party, PDP in Abia State, Professor Uche Ikonne, appreciated the Union for the overwhelming love and show of support, and charged them to be resolute, committed in taking the campaign to the grass root. He described the union as one of the formidable groups in Abia state where hard-working youths are engaged for a living. He also thanked them for providing such a veritable campaign ground for him and his team.

Professor Ikonne going further, decried the alarming rate of extortion of transporters by security personnel with a promise to put a stop when he emerge. He charged them to use their cars as a campaign tool to promote his candidacy.

The high point of the ceremony was the official adoption of Professor Uche Ikonne as their sole candidate, as well as the official commissioning of coaster buses donated by NURTW for UcheNdiAbia Campaign by Professor Ikonne.