It’s a known fact that a country that neglects her youths, has signed a pact with under-development. 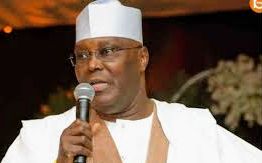 And that’s why the youths are generally regarded as a country’s greatest asset. 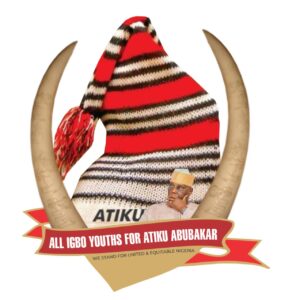 Nigeria is the most populous country in Africa with one of the largest populations of youths in the world.

With an estimated population of over 200 million people, the youths constitute about 42.54%.

Though Nigerian youths are making their mark in almost every facet of life despite the harsh economic climate, but their impact are yet to be felt in the nation’s political landscape.

That ugly situation is about to change for the better following the formation of the “All Igbo youths for Atiku Abubukar”.

The emergence of the group in the nation’s political landscape is to ensure that Igbo youths are fully and effectively mobilised to contribute their quota to national development.

Speaking to newsmen in Umuahia, the Abia state capital, the group’s convener, Ukpai Emma Ukpai, said the group was formed to serve as a platform for Igbo youths to play their expected role in national politics and more importantly support the presidential bid of Atiku Abubukar.

According to Ukpai, he embarked on the project because of his conviction that it’s only former Vice President Atiku Abubukar that has the capacity to return Nigeria to the path of growth and development.

“The purpose of forming this organization is to bring our youths together who have the interest of supporting Atiku Abubukar or those who share in the dream of a united Nigeria” he said.

Ukpai noted that Igbo youths like their counterparts in other parts of the country are interested in politics but identified lack of effective mobilisation as the major challenge facing them.

“I’m mobilising Igbo youths on behalf of His Excellency Atiku Abubukar because we believe that he is the man that will give the Igbos a better platform to actualise their aspirations.

“After critically studying his plans for reinventing the country, I discovered that it’s important for Igbo youths to key into this laudable project and come together to support Atiku Abubukar.

“Though there are agitations for the emergence of a Nigerian President of Igbo extraction, Ndi-Igbo should avoid the mistake of putting their eggs in one basket, because we don’t know who will emerge at the end of the day.

“Our aim is to have a President that will redeem Nigeria, return the country to the path of growth and unite the people.

“It goes beyond zone, ethnicity and is only Atiku Abubukar that has an articulated plan to achieve all these” he said.