A Chieftain of the People’s Democratic Party, PDP in Abia state and former Governorship Candidate in Abia during the 2007 general elections, and a member, Board of Trustees ( BOT), of the party, Chief Onyema Ugochukwu has written to the state chapter of PDP over what he described as ” avoidable crisis ” that is brewing in the party based on interests. 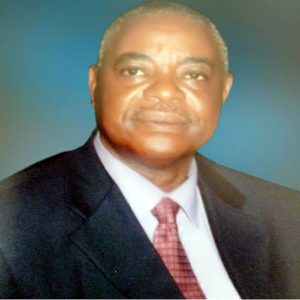 Below is the letter as written by the respected statesman and media veteran:-

That Abia State PDP May Survive

In the last few weeks, Abia State Peoples Democratic Party, PDP, has been involved in numerous controversies, all of which are now threatening to throw the party into confusion, and potential disaster.

We have had the controversy over the zoning of the governorship ticket of the Party, which has pitted Party members in inter-ethnic vituperation and has severely polarised the Party, with members exchanging brick bats across the widening ethnical fault lines.

Then the Party Executive has announced a Zoning formula, which frankly, seems strange in relation to the ordinary meaning of the word “zoning”. Worse still, this zoning decision was taken without engagement of the statutory organs of the Party, such as the State Caucus, making it for all intents and purposes, an imposition.

In the midst of all this, there are reports that a Chairman has been appointed for the PDP State Elders Committee, outside a meeting of that organ of the party, which amounts to a breach of Party Constitution. And then there are stories, so far unconfirmed, that a Governorship candidate has been anointed for the Party.

From all these, it is clear that our party is heading towards an avoidable crisis. Thank God we are not there yet. But we need to take urgent action to return the Party to its normal Democratic ways.

I am therefore calling on the State Chairman, Rt. Hon Dr. Asiforo Okere to take urgent action to call the Party back from the brink, by summoning as soon as possible, a meeting of the Abia State PDP Caucus to discuss these aberrations.

In the meantime I urge our members to calm down and not exacerbate matters with inflammatory comments.

It is my belief that our party can always resolve its problems without imperiling our dear party.

May God bless us all.