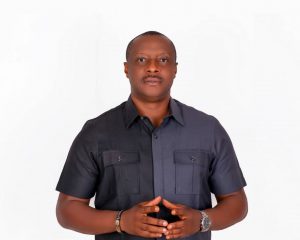 The election which took place at Ahiaba okpuala Community primary school in Isiala Ngwa North LGA of Abia state witnessed the presence of independent National Electoral Commission, INEC ,and Apc officials, including security operatives and party faithfuls as the election was conducted peacefully.

Announcing the result of the primary election, the Chairman of the electoral committee Commodore Ochulor stated that Ikpo polled 57 votes out of the 78 votes cast by the delegates drawn from the two local governments of Isiala Ngwa North and South federal constituency.

The returning officer Commodore Ochulor stated that ikpo polled the highest number of votes cast and declared him the winner of the election.

In his words, Chief Ikpo said” I want to sincerely thank the delegates and our party faithfuls for casting their votes for me. I will not disappoint you.We will secure our mandate by making sure that we win the election come February next year.