The contest for the presidential ticket of the Peoples Democratic Party (PDP) in the 2023 election has pitched former Vice- President Atiku Abubakar against governors of the party. 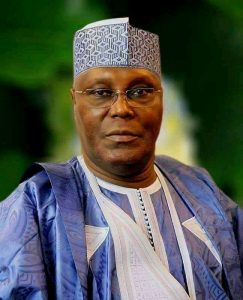 Atiku was last Thursday, presented with the PDP nomination form by North East Business Forum, to contest the party’s presidential ticket. In 2018, the former vice president triumphed over the orchestrated plan by the governors to stop him from becoming the PDP candidate.

Atiku secured a total of 1,532 delegate votes at the Port Harcourt convention, to beat the governors’ preferred candidate, Aminu Waziri Tambuwal of Sokoto State, who got 693 votes.

The loss of the governors to Atiku was blamed on the division among them. Apart from the split of their delegates, Dr. Ibrahim Hassan Dankwambo, then outgoing governor of Gombe State, joined the presidential race. But for the past three years, PDP governors have been trying to forge cohesion within their rank, resulting in their monthly rotational meetings.

A source said it was meant to checkmate Atiku or any other aspirant, and to ensure that one of them flies the party’s presidential ticket in the 2023 election.

A prelude of what to expect at the presidential delegates’ convention came to play at the October 2021 national convention, where the governors ensured that their preferred candidates were elected as members of the National Working Committee (NWC). Most of the positions were not contested because the governors did not want challengers against their candidates.

A party member remarked after the convention that “the governors have taken over the party and I see them moving against Atiku.”

PDP stakeholders, including the governors, were also not happy about the role the former vice president played after the 2019 presidential election.

Atiku allegedly abandoned the party, including his petition before the court, challenging the declaration of Muhammadu Buhari as winner of 2019 presidential election by the Independent National Electoral Commission (INEC), and went to Dubai.

Col. Chinyere Obi (rtd) who was leader of Atiku House-to-House campaign equally accused him of abandoning the support groups, who worked for him to win the PDP presidential ticket in 2019. Obi said people who went to Dubai to see Atiku in Dubai were made to pay for their air tickets, adding that, “they went there but he never gave them a kobo…”

Tambuwal met with PDP state chairmen on Wednesday, in connection with his presidential ambition. Apart from Tambuwal, his Rivers and Bauchi State counterparts, Nyesom Wike and Bala Mohammed, have also indicated interest in the party’s sole presidential ticket.

Few weeks ago, Atiku and PDP governors engaged in a proxy war, when the former vice president’s ex-spokesperson, Segun Sowunmi, in a letter to the governors during their meeting in Port Harcourt, Rivers State, last January, told them to reject a “kindergarten President and Commander in Chief” as the party’s presidential candidate.

Sowunmi remarked that, “everyone wants to be president after Buhari but not everyone can do the work that a post-Buhari President will be called upon to do. “Presidential powers and privileges mean nothing if the prerequisite experience is absent. We cannot jump from frying pan to fire.”

But Dr. Rufus Omeire, a former member of the House of Representatives, who is believed to be fronting for the governors, said Atiku is too old and lacks executive experience to be PDP presidential candidate.

Omeire said all those contesting against the former vice president, such as Anyim Pius Anyim, Tambuwal, Bukola Saraki, Sam Ohuabunwa and Dele Momodu, have both executive and legislative experience, compared to Atiku, whose “public sector experience consists of Deputy Director of Customs, a subordinate position. He never became Chief Executive of Customs and Excise Department. The buck never for one day stopped on his table in the Customs Service.

“He became Vice President of the Federal Republic of Nigeria, a highly exalted office, but he was never a chief executive. He only carried out instructions of his boss, President Olusegun Obasanjo. He didn’t have relevant direct experience of the top job. So, wherein lies the famed experience of Alhaji Atiku Abubakar?” he said.

Former Edo State Commissioner for Information, Kassim Afegbua, has also not relented on his attack on Atiku over his presidential ambition.

The governors are expected to meet this week in Umuahia, Abia State, to review their strategy towards making one of them PDP candidate in the next year’s presidential election.