2023: APC May Not Field Any Governorship Candidate In Akwa Ibom – INEC 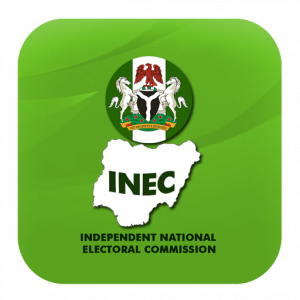 This was allegedly contained in an unconfirmed report sent to the INEC headquarters in Abuja by the Resident Electoral Commissioner in Akwa Ibom, Mike Igini.

“We wish to report that the APC governorship primary scheduled to hold on Thursday, May 26, 2022, at the Sheergrace Arena, Nsikak Eduok Avenue, Uyo, Akwa Ibom State did not hold at all,” Mr Igini said in a letter to INEC headquarters in Abuja dated May 27.

According to the report, the commission’s monitoring team, led by Mr Igini, in the company of the Commissioner of Police in Akwa Ibom, Andrew Amiengheme, arrived at the venue of the primary for the third time at 6:45 p.m., without seeing anyone.

The heads of the two federal agencies were informed that the APC election committee members were held up by an angry group of APC members along a major road in Uyo.

The operatives of the State Security Services (SSS) later rescued the APC election officials that night and took them to their (SSS) facility in the city.

According to Premium Times, supporters of the two APC factions in the Akwa Ibom fought over the control of voting materials meant for the conduct of party primaries in the state.

The Chairman of the Election Committee, Tunde Ajibulu had told Mr Igini on the phone that he was unable to leave the SSS office because he was traumatised and could go ahead with the primary.

Mr Ajibulu reportedly told Mr Igini that Sheergrace Arena was not the venue given to him by the party’s national office in Abuja to conduct the governorship primary and concluded that “all activities be postponed until he gets back at the Commission.

Mr Igini at that point briefed the reporters who were present at the venue. He left the venue at about 10:30 p.m. that day.

The APC faction that is backed by Mr Akpabio later held the governorship primary of the party around midnight at a different venue, where Akan Udofia, a man who was less than a month old in the party, was declared winner of the exercise.

A governorship aspirant and former national secretary of the APC, John Akpanudoedehe, because of frustration over the issue, defected to the New Nigerian Peoples Party where he secured the party’s governorship ticket for the 2023 election in the state.

Before Mr Akpanudoedehe’s exit from the party, the APC in Akwa Ibom had been torn into two factions because of a protracted battle between him and a former minister of Niger Delta Affairs, Godswill Akpabio, over the control of the party structure in the state.

Mr Akpabio on Thursday “won” the senatorial primary for the Akwa Ibom North-West District, conducted by a faction loyal to him. But his victory is not recognised by INEC.