The ECOWAS Court of Justice has frowned at the manner the Nigerian Government handled the case of a former aircraftwoman with the Nigerian Air Force, Beauty Igbobie Uzezi, who allegedly suffered sexual assault and rape in the hand of a superior officer. 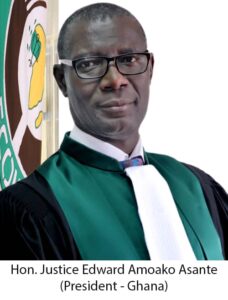 The court, in a judgment delivered by a three-member panel, ordered the Federal Republic of Nigeria to pay Uzezi $200,000 as compensation. 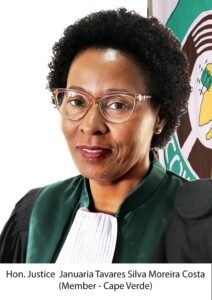 According to a statement issued yesterday by an official of the court, Elohor Ovadje, the judgment was delivered on Friday during a virtual court session.

In the lead judgment, Justice Dupe Atoki said the compensation was for the moral prejudice suffered as a result of the violation of her rights under Articles 5, 6 and 16 of the African Charter.

The court condemned what it described as the impunity displayed by the NAF authorities and by implication the Federal Republic of Nigeria, in the grievous violation of respect to the dignity of the applicant and for failing to take a cue from the medical reports emanating from the repeated visits of the applicant to the hospital which authenticated rape and consequential infection and depression. 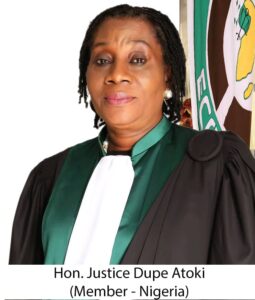 The court ordered the Federal Republic of Nigeria to carry out an impartial investigation into the rape of the applicant and prosecute the perpetrator. 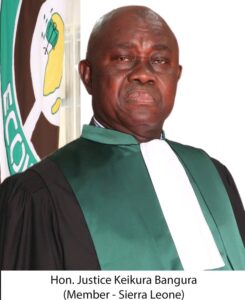 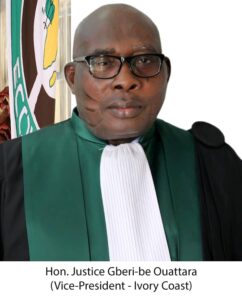 She claimed that on the day of the incident, despite attempts to resist her rapist, he overpowered her by hitting her head against the wall several times until she fainted while he had his way with her.

She further alleged that due to the injuries sustained from the attack leading to her loss of consciousness, she was rushed to the accident and emergency ward in 345 Aeromedical Hospital Kaduna where she woke up the following day on admission.

Uzezi claimed that her health suffered as a result of the sexual assault and that apart from the physical injuries she sustained from the attack, she also contracted a sexually transmitted disease resulting in a chronic pelvic inflammatory disease and the growth of a solid mass close to her uterus.

In its judgment, the court held that the applicant was subjected to acts amounting to rape by virtue of the medical report before the court, which was uncontroverted by the respondent – the Federal Republic of Nigeria.

The court however found that the applicant did not provide further proof linking the rape to the said officer because there was no corroboration by either an eye witness or matching semen sample from the vagina of the victim with that of the alleged perpetrator.

The court noted that “the fact is uncontroverted that the Applicant was raped within the NAF Base in Kaduna due to the fact that the Air Force Base is a military restricted area that is not open to the public.” It further noted that “this raises a high probability that the acts were carried out by a NAF officer.’

It held that “member states have the responsibility under international human rights law to respect, protect and fulfil the human rights treaties that they are parties to. In this wise, there is an undeniable responsibility on States to prevent sexual violence from occurring, and to investigate and punish all cases of human rights violations, including rape, which is a violation of Article 5 of the African Charter.”

The court observed “that no measures were taken to escalate the case to the authorities for investigation and possible prosecution despite several notations of ‘sexual violence and ‘rape’ on the applicant’s medical reports, examination sheets and laboratory forms.

“By implication the respondent has failed to exercise due diligence to intervene to stop, sanction and provide remedies to the Applicant thereby encouraging impunity, ‘it added.

On the applicant’s claim that the rape and sexual violence violated her right to health, the court noted that the medical report showed that the applicant suffered from severe depressive disorder that continued for more than four years after and that she contracted sexually transmitted disease arising from the rape incident “having flashbacks, worried and troubled and sad.”

The court found that the rape of the applicant resulted in the medical conditions alleged, including severe depression and held that the Respondent violated the applicants Right to Health, contrary to Article 16 of the African Charter.

On her complaint of the alleged rape by her superior officer, the Applicant said she was victimized, beaten, locked up in the guardroom and even chained to the bed while on admission in hospital which was a violation of her right to liberty.

Citing its jurisprudence where it elaborated on the term arbitrary, the Court reiterated its position that any deprivation of liberty is arbitrary where there is no legal basis for it and where it is inappropriate, unreasonable, unjust and does not follow the due process of law, among others.

It therefore held that the overall implication of the detention of the applicant, which was not denied by the Respondent, was that her right to liberty was violated, contrary to Article 6 of the African Charter.

On the applicant’s allegation of the unlawful dismissal from work contrary to Article 15 of the African Charter, she alleged that on the 19th day of October 2015, she was dismissed orally when one Squadron Leader Ejiga informed her that she has been dismissed from NAF without adherence to the laid down procedure of the Armed Forces Act after which she was bundled to the guardroom to serve 98 days imprisonment with hard labour.

She further alleged that following the said dismissal, she was on 28th October 2015 evicted from her official residence at the NAF base, Ikeja, Lagos.

The court found that the applicant was enlisted in NAF and orally dismissed and that under the Armed Forces Act, dismissal of an enlisted person can only be carried out by one of two methods: a sentence of a court martial or order of the appropriate service chief but that in this case none of these procedures was followed.

Since the applicant did not commit any infraction warranting dismissal and the respondent did not follow the laid down procedure, the court held that the applicant’s dismissal was unlawful and therefore ordered that the dismissal be converted to retirement effective from the date of enforcement of this judgment with the attendant benefits attached thereto in accordance with appropriate rules and regulations of the NAF in that wise.

It held that the unlawful termination of the applicant’s employment by the respondent was a violation of Article 15 of the African Charter and Article 23 of the Universal Declaration on Human Rights.

It also ordered the Federal Republic of Nigeria to submit to the court within three months of the date of notification of this judgment, a report of the measures taken to implement these orders.

Other members of the court’s panel were Justices Edward Amoako Asante (presiding) and Januaria Costa.